With Thanksgiving 2014 officially behind us and December just ahead, the Winter season is officially upon us. But Winter came early across the East Coast with a storm dumping several inches of snow along the Bos-Wash corridor creating a nightmare for holiday travelers and leaving thousands without power. Washington was spared the worst -- we got some heavy flakes but nothing dramatic. Shenandoah National Park, 75 miles west of Washington and several thousand feet higher, was a different story. So naturally the day after thanksgiving, that's where we headed.

By this time of year, most of the park's facilities. Due to the heavy snow, one ranger told us, large portions of Skyline Drive were still closed and being cleared of snow and fallen trees. Nevertheless, the drive between Thorton Gap and Skyland Resort was open, providing great views of the valley and of snow-covered trees. 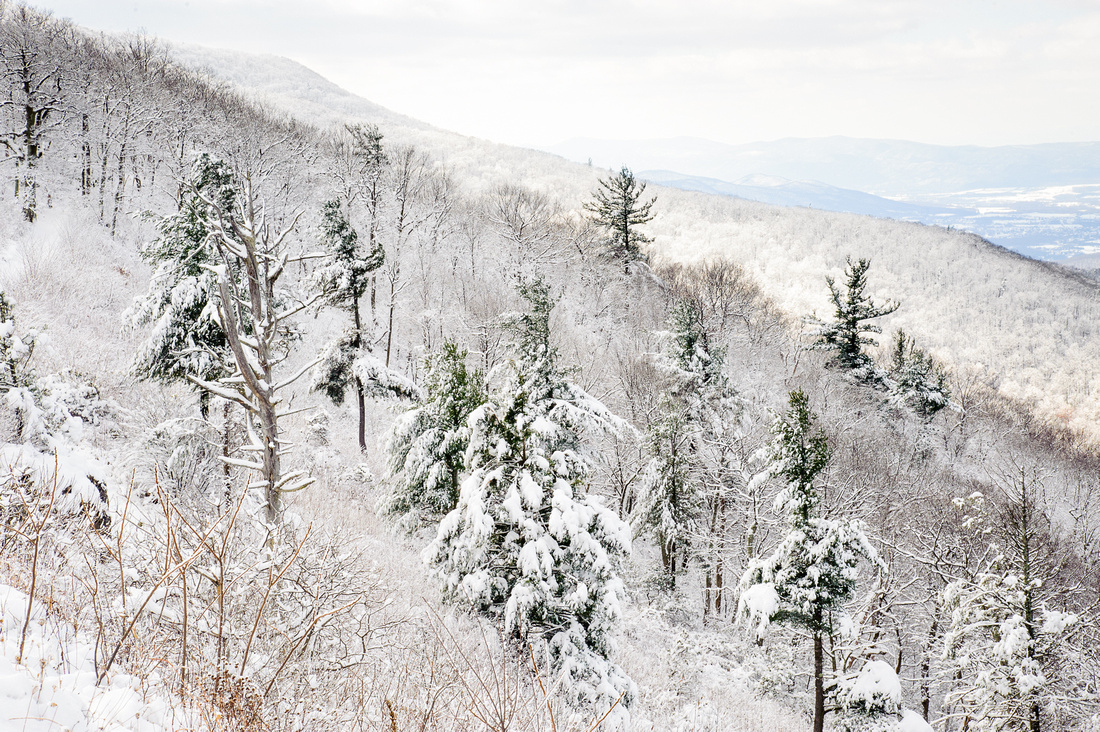 Though the major campgrounds are closed at this time of year, backcountry camping is still allowed as is hiking into the park and areas closed to vehicles. On the way over, we passed a sign with Smokey the Bear indicating that the fire risk in the park was "Low." No kidding. 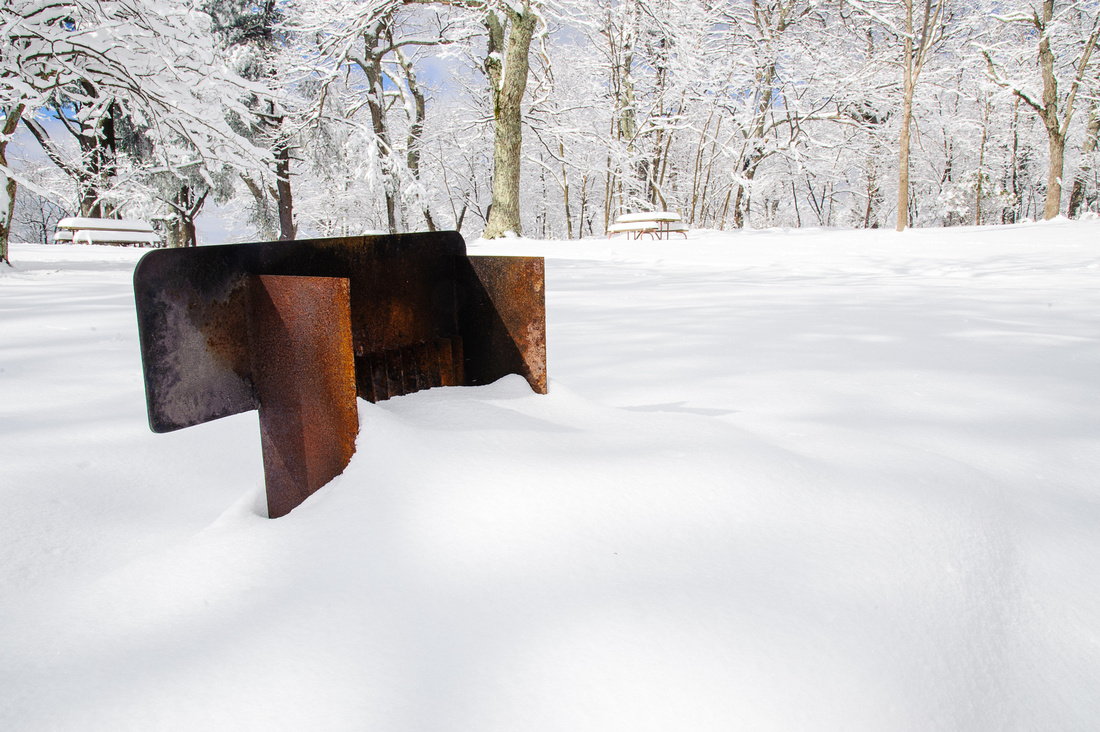 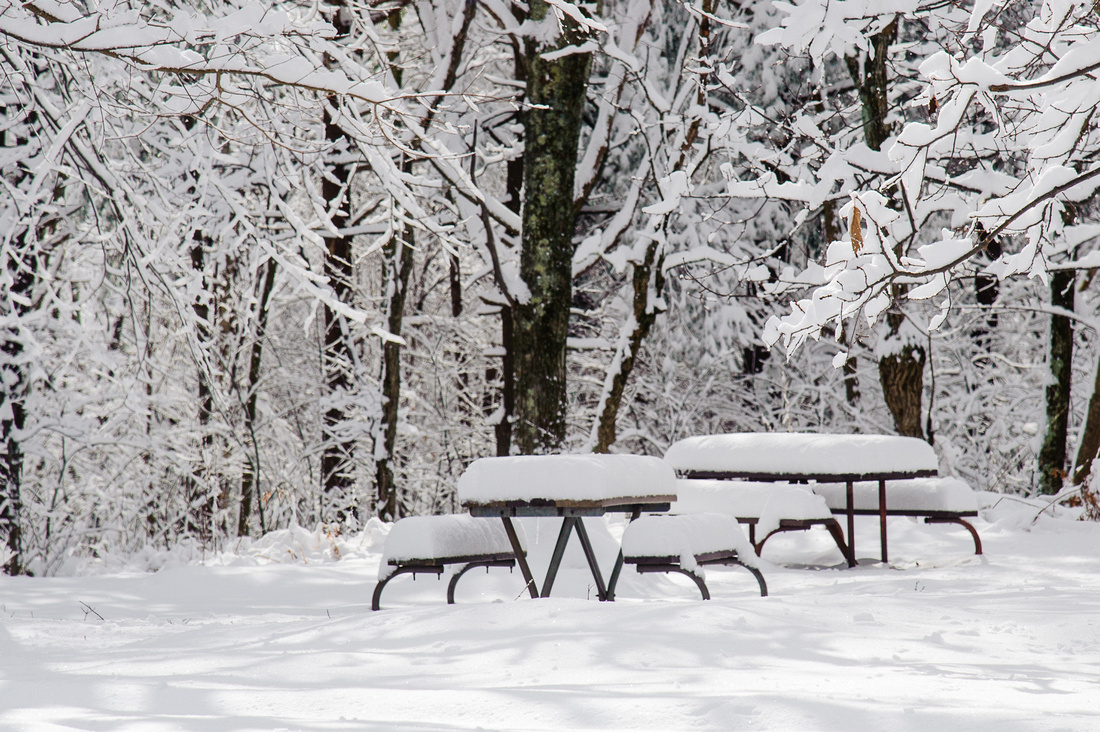