Ah! La Renaissance! A time of renewal, of cultural creation and adoration! The age of Da Vinci and Michelangelo, of Popes and power, of Borgia’s and Medici’s… and in the US, of turkey legs, costumes and beer. Huzzah!

I attended my first Faire over the weekend. I wasn’t sure what to expect, but I left pleasantly surprised. Was any of it historically accurate? Not really. Was it fun? You bet. 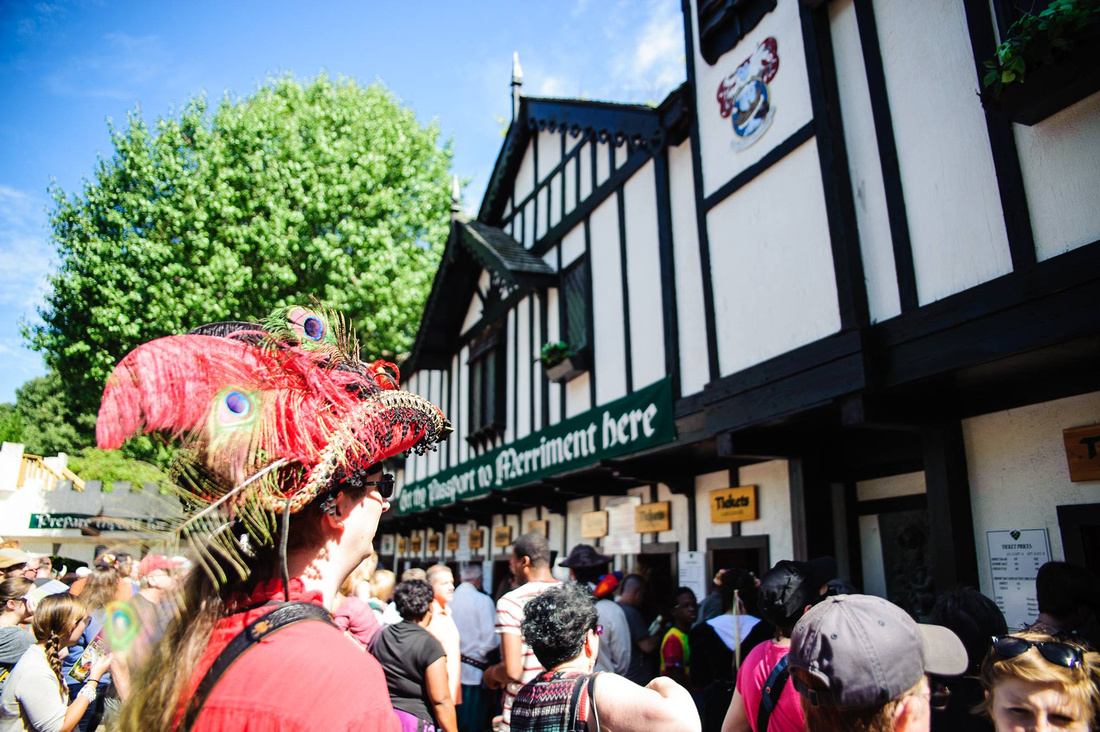 The Maryland Renaissance Festival takes place in a Tudor-inspired village set on 25 acres of forest near Annapolis Maryland, just an hour drive from Washington, DC.

Over 250 000 people turn out annually across the 9 weekends the Faire is open, making it one of the larger Faires in the country. To my relief, it is perfectly acceptable to arrive wearing modern garb and enjoy yourself.  A friend of mine tried hard to get me into a kilt. It didn't happen. But those who go the extra mile and dress up make for fantastic color. 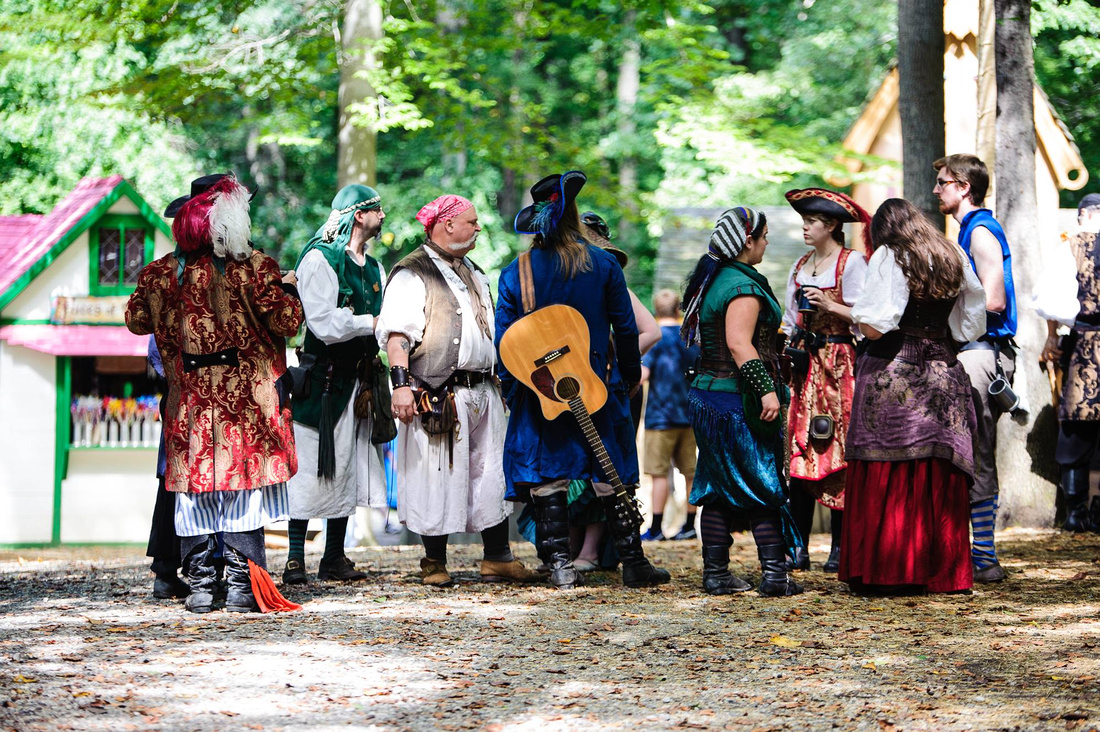 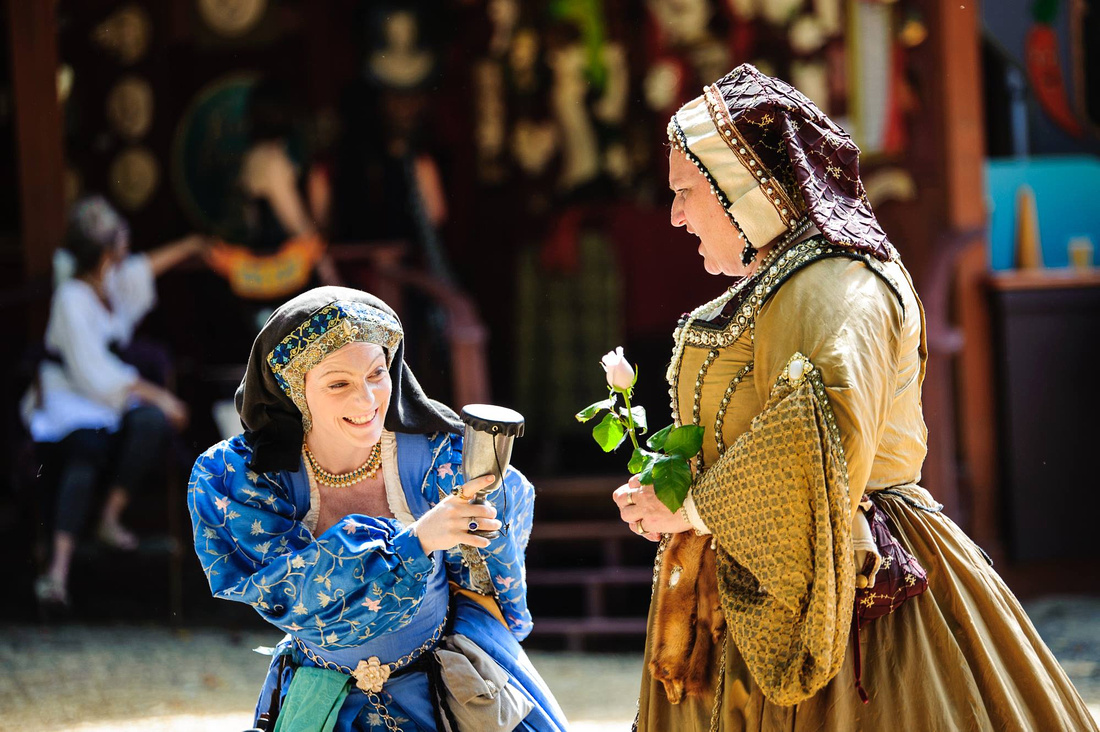 It's fun to see the variety and creativity of the costumes guests arrive wearing. There were lords and ladies, monks and wenches, pirates, vikings, elves and even a robot. (As a side note, I really wanted someone to arrive as Ezio Auditore from Assassins Creed, but alas, no such luck).

One of the best things about the Faire were the arts and crafts which reminded me of the medieval section of the Munich Christmas Markets, only no China-made trinkets here. Each stand featured the crafts of local expert artisans. There were sword smiths, glassblowers, woodcarvers, leatherworkers, and more, often providing demonstrations of their trades to audiences. 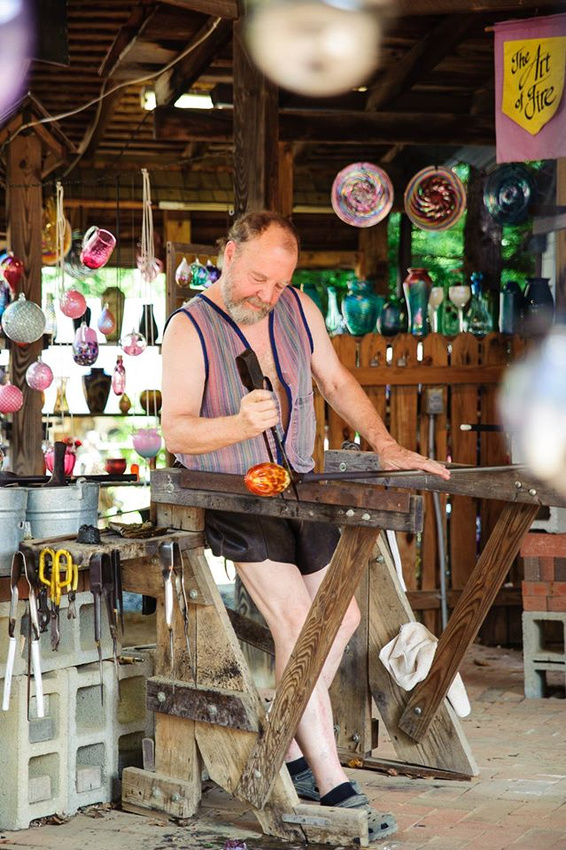 Also note-worthy were the performances. I had little interest in the slap-stick clown comedy at some of the stages, but the live music was worth the $17 admission price on its own. I’m no stranger to ancient-inspired folk music and have had pretty good exposure to it, so I was thrilled to see something new: Cu-Dubh’s unique style of Scottish bagpipe combined with middle-eastern tonality and tribal rhythms to which a belly dancer performed. 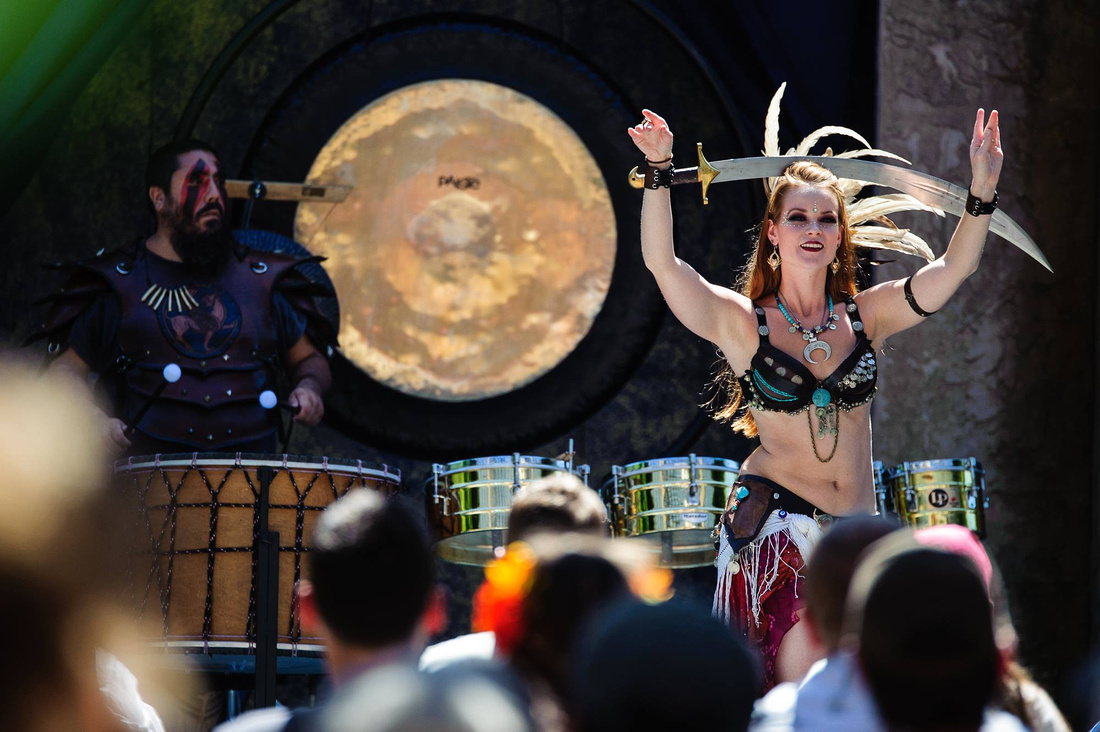 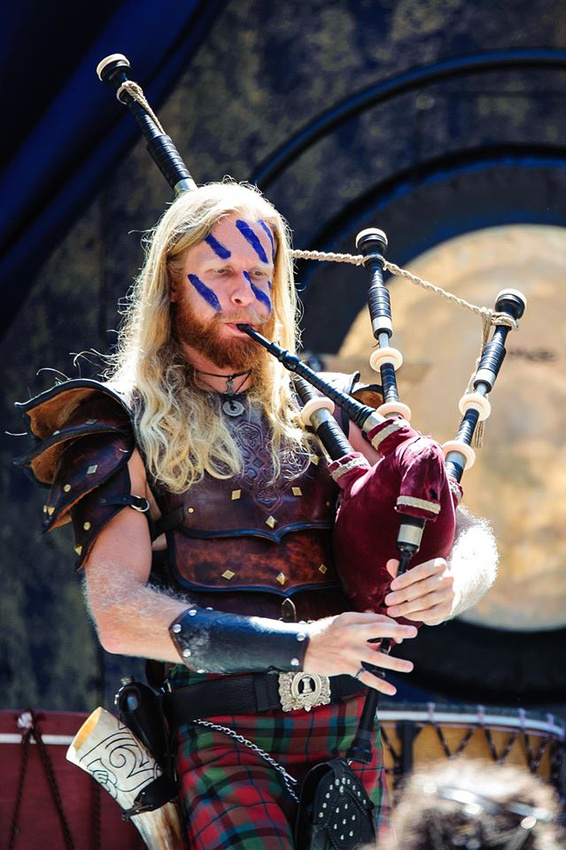 Sirena, a trio of drum-beating songstresses straight out of Homer's Odyssey also put on a good show. 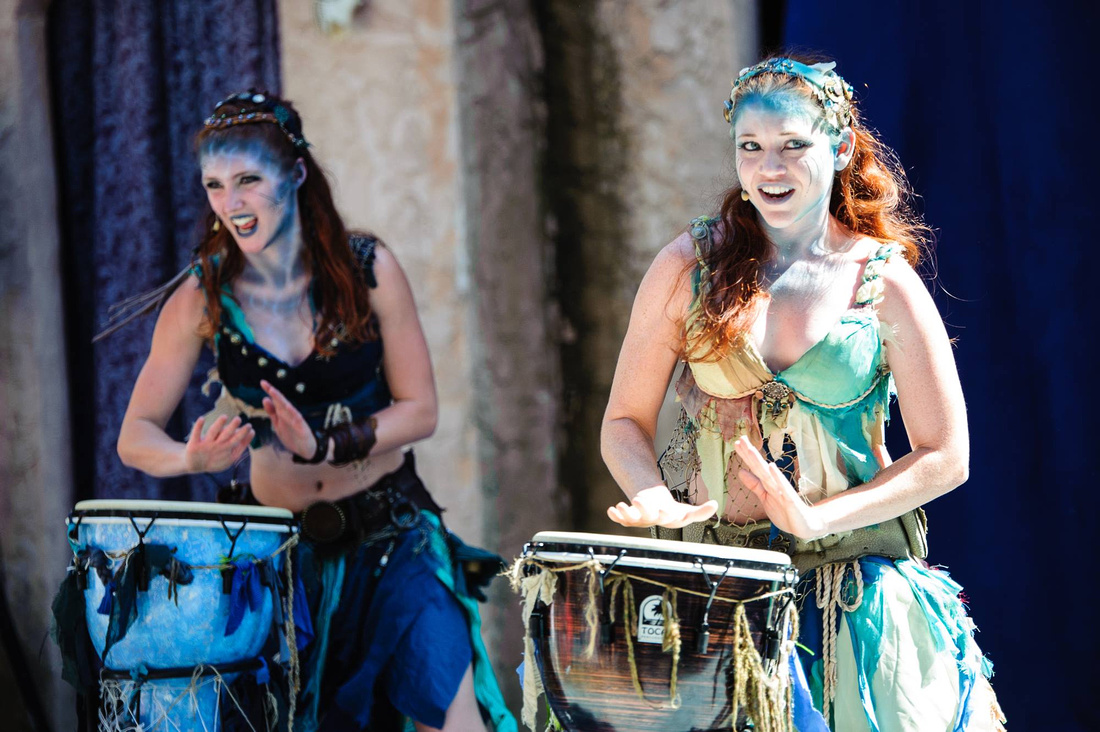 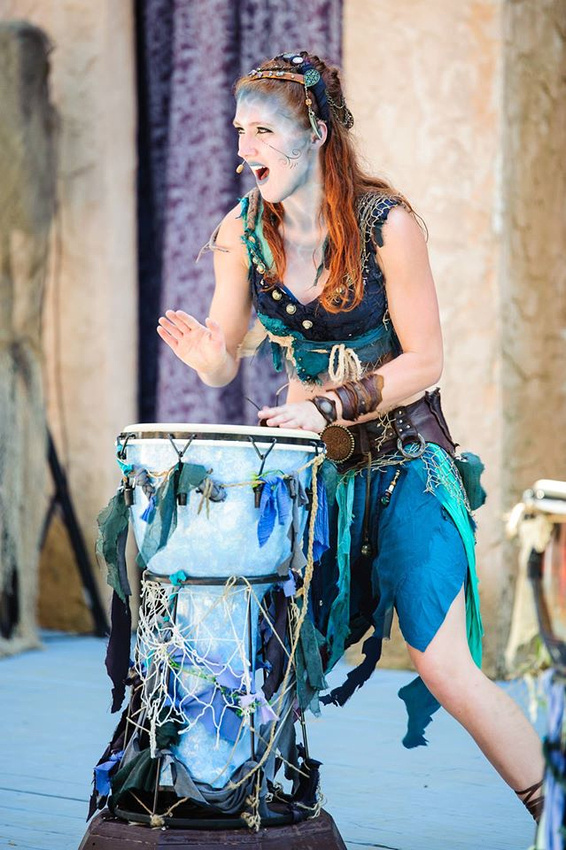 Finally there was the joust! Four knights in shining armour (British spelling intentional) faced off on horseback to prove themselves to the public. Over 3000 people crammed into the stands to watch the 30-minute spectacle that included skills with sword and lance. No one was unhorsed, and I have a suspicion the real-deal from the ages of yore was significantly faster and more violent, but it was fun to watch all the same. 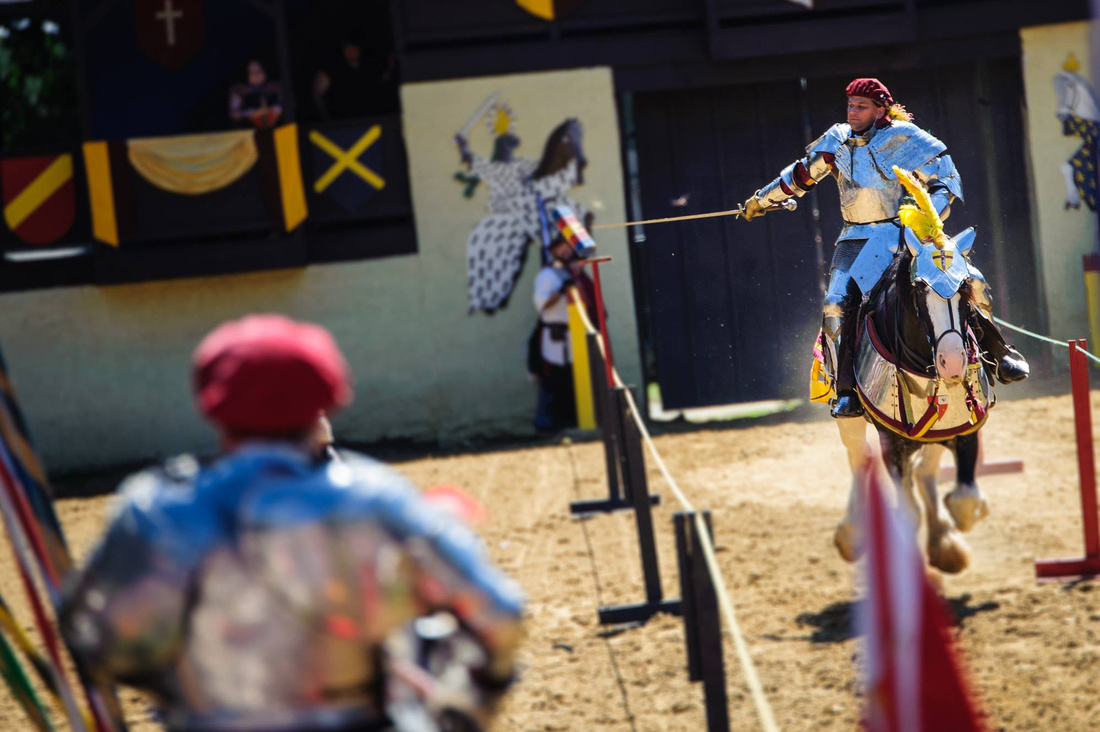 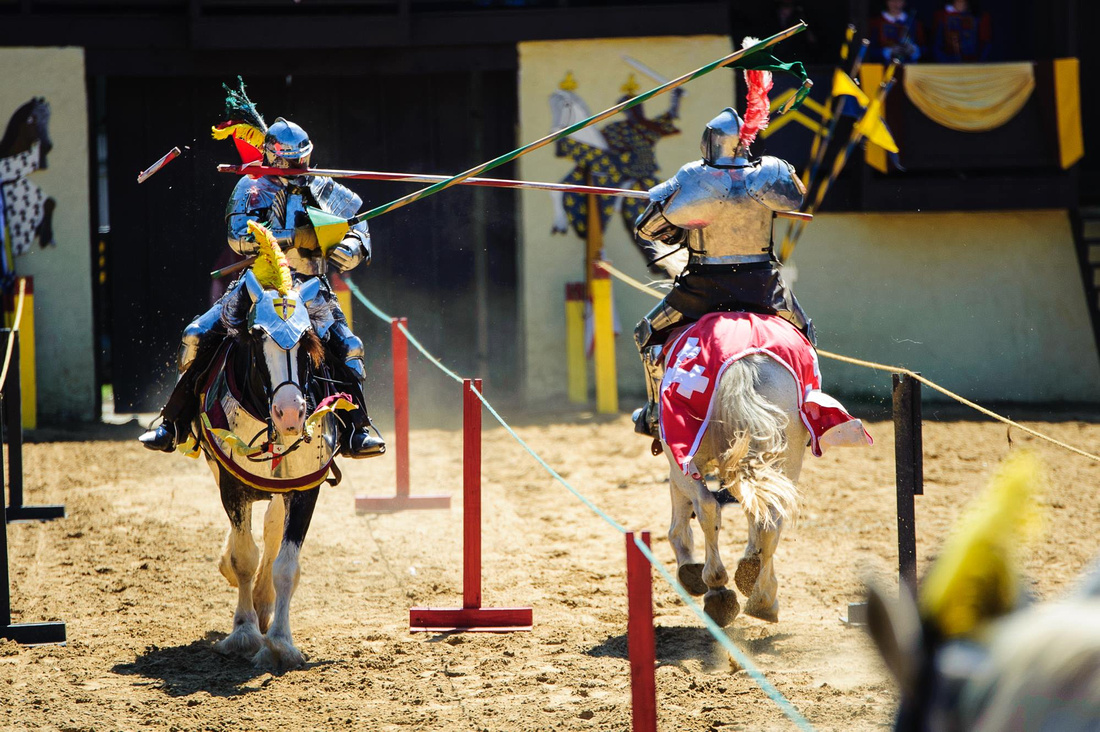 As I said, I was pleasantly surprised. This trip I was an observer, but I can see myself going back to participate in earnest at some point in the future, and perhaps, maybe even in a kilt.